Where Does Your Personality Come from? Famous Psychologists’ Theories 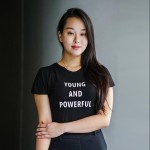 We are all different. Every person on this planet is unique. Our individual personalities are truly one-of-a-kind, but we follow personality patterns similar to people around us. Personality influences behavior, which consequently plays a key role in behavioral health.

Figuring out how personality traits are developed has been a hot topic in psychology for many years. From Freud to Eysenck to Cattell, we have seen the derivation of personality theories that are wide-ranging and relatively all-encompassing. To read more about Cattell and his theory in addition to what is included here, visit BetterHelp.

In this article, we will explore some of the most famous theories of personality.

Perhaps one of the most famous neurologists and psychologists in history, Sigmund Freud had many ideas on the development of personality. He was the founder of psychoanalysis and focused on the psychodynamic perspective, which emphasizes the roles of unconscious processes and childhood events in personality development.

Freud contended that personality was predicated on a few select factors including unconscious mental processes, early childhood events and influences, and instinctual desires for food and sex. He said that personality development is a result of the interactions of instinctual drives and environmental factors during a child’s first five years.

Additionally, Freud believed that parental behavior is extremely important for a child’s personality development and a person’s troubles with mental health can typically be traced to their first five years of life.

Freud’s personality theories encompass concepts such as psychosexual development and his Tripartite Theory, which categorizes systems of the brain into the id, ego, and superego.

Hans Eysenck believed that personality is largely predicated on biological factors, including a person’s individual anatomy and physiology.

Eysenck proposed that people are born with a certain type of nervous system that in turn affects that person’s method of interacting with the environment. He used factor analysis, which is a technique that is used to break down the personalities of a sample of patients into a number of factors called “dimensions.”

Raymond Cattell developed his 16PF Trait Theory as a direct rebuttal to Eysenck’s theory that focused only on a few factors as the main cause for personality development.

Cattell believed that you must analyze a much larger number of traits when looking at personality. He conducted his research on a group of participants by using three different kinds of data: L-data (life records like criminal records, school grades, etc.), Q-data (results of a questionnaire used to rate individual personality that is called the 16PF), and T-data (data derived from objective tests used to explore personality).

A Brief Mention of Other Theories

This theory proposes that behavior is able to be determined by a set of relatively constant personality traits.

This theory claims that personality is determined when a person is born and is further shaped by environmental exposure.

We hope you can think about these theories of personality as you delve into the origins of your own personality traits and behaviors. These theories certainly provide enough food for thought to help you in your personal analyses.

Marie Miguel has been a writing and research expert for nearly a decade, covering a variety of health-
related topics. Currently, she is contributing to the expansion and growth of a free online mental health
resource with BetterHelp.com. With an interest and dedication to addressing stigmas associated with
mental health, she continues to specifically target subjects related to anxiety and depression.

5 Things To Know Before You Hire An Escort

The Ultimate Guide To Photo Frames

3 Reasons Why the Shape of Your Bong Matters